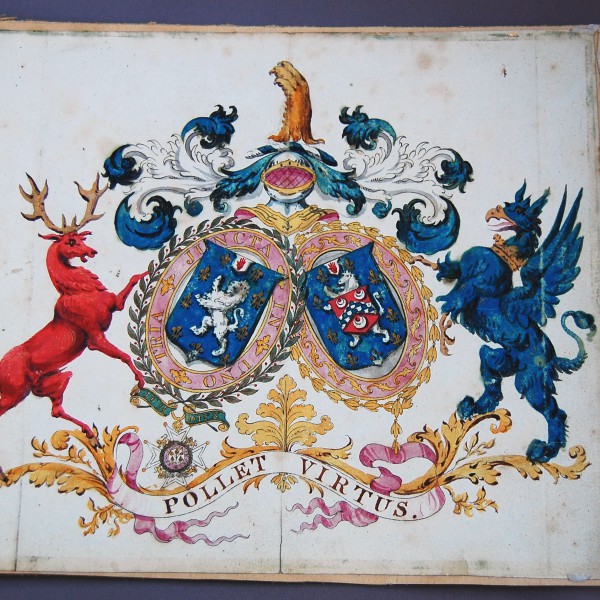 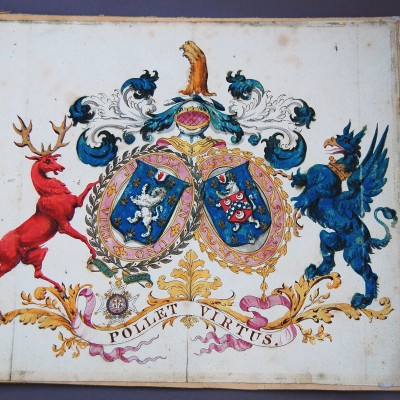 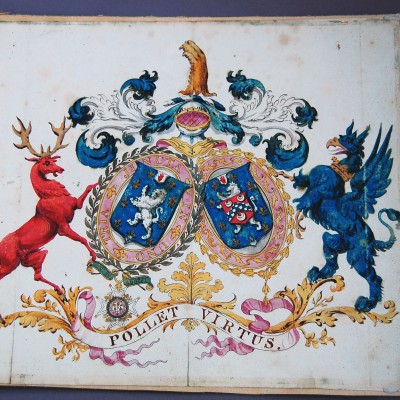 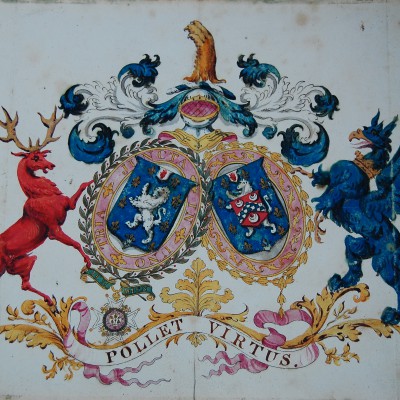 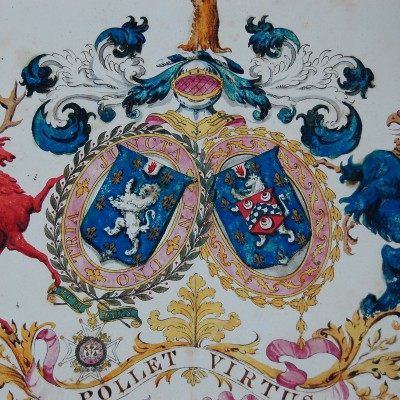 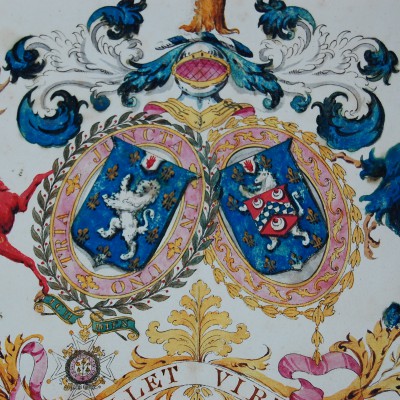 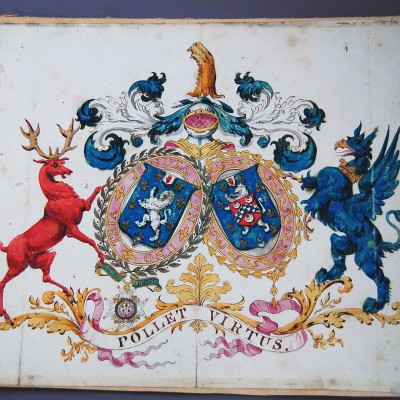 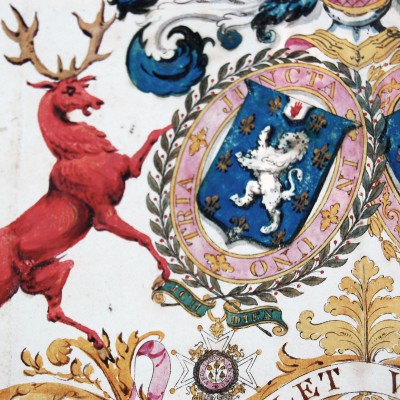 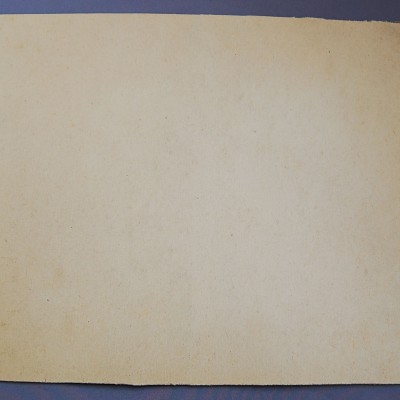 Showing is an early Coast of Arms, painted with watercolour, on an an early engraving, possibly from a book. Circa 1780 – 1850, I found a similar Coast of Arm on a stained glass window, this is the info from that window:

1808 commemorative stained glass window in Shute Church, Devon, south window of south transept, showing arms of Sir William Templer-Pole, 7th Baronet (1782–1847), son of 6th Baronet, impaling the arms of Templer, the family of his first cousin and first wife Sophia-Anne Templer (1788–1808), following whose death the window was made. Arms: Baron: quarterly 1st and 4th, Pole; 2nd & 3rd: Ermine, a millrind sable (Mills), over all an inescutcheon the Red Hand of Ulster; impaling femme: quarterly azure and gules, on a mount in base vert the perspective of an antique temple argent of three stories, each embattled; from the second battlement two steeples, and from the top, one, each ending in a cross sable on the pinnacle; in the first quarter an eagle displayed; in the second a stag trippant regardant or (Templer, granted 1765). The canting motto of Pole is shown below: Pollet Virtus, from the Latin verb Polleo, to be strong, mighty,] thus: “Virtue is powerful”, but which may also be read as Poll et Virtus, “Pole and Virtue”

This one is done on paper laid on cardboard. It has three folds in the paper. It measures 9 x 8 inches, not including the cardboard. The bottom title is “Pollet Virtus” It has a red rampant stag with horns, and a blue winged beast on the right. It has two crest in the middle, suggesting a marriage.

There are no reviews yet.

Be the first to review “Heraldry English Coast Of Arms Engraving Painting Templer-Pole Circa 1780 – 1850” Click here to cancel reply.